My Faith Pulled Me Through 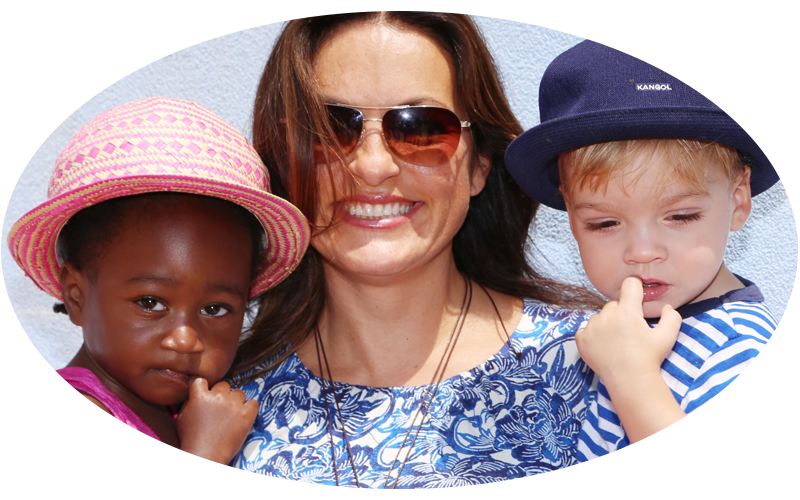 It took years. It almost broke her heart. Here, for the first time, Mariska Hargitay shares the tender story of how she adopted her two precious new kids

So it’s happily jarring to enter Hargitay’s sprawling but comfy New York City apartment and find…the trappings of a party. Dozens of helium balloons bounce against the ceilings of the living room and office; it was Hargitay’s 48th birthday recently, and her husband, actor Peter Hermann (who recently starred in the Broadway play War Horse), surprised her with a hayride-themed party. While the bales of hay have thankfully been removed, those balloons remain a happy reminder of the soiree. A massive teddy bear is also a permanent fixture in the living room.

“This is the fun house!” Hargitay says, buoyant in a Manhattan mom’s outfit of black jeans, riding boots, and layered tees that reveals her to be, refreshingly, as normal-size around the midriff as any top actress dares to be.

Hargitay gave birth to August at 42, an age after which subsequent pregnancies aren’t always easy. After a few years of Hargitay and Hermann’s enjoying new parenthood, “August wanted siblings, and Peter and I both envisioned this big family because we both come from that. Plus, we just had so much love to give,” she explains. “I was really letting the chips fall as they might, because I do think so much is up to God. I always said, ‘I don’t know how this is going to end up. I don’t know if I’m going to get pregnant and have twins. I don’t know…,’ ” she says, throwing her hands up theatrically, ” ‘if somebody’s going to leave a baby on my doorstep.’ But I really did think that down the line, Peter and I would adopt a child. That was always part of the plan.”