A Heart of Gold – Jessica Long 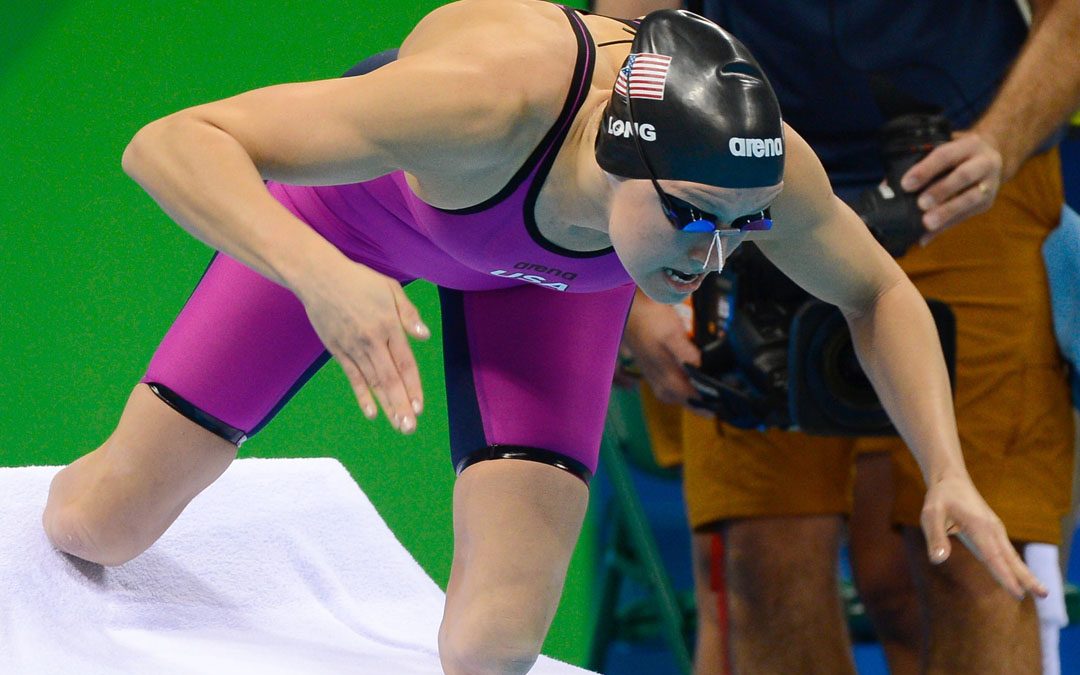 Jessica Tatiana Long was born in Siberia with fibular hemimelia, missing most of the bones in her lower legs and feet. Her parents, Natalia and Oleg, were scared, impoverished, unmarried teenagers. The doctors who delivered Jessica told her young parents that they would not be able to care for such a severely disabled child back home in their village. So Natalia and Oleg reluctantly decided to place their baby girl in a Russian orphanage, though they felt certain that no one would want to adopt a crippled child.

However, when Jessica was 13 months old, American couple Steve and Beth Long came to Jessica’s orphanage and adopted her and another little boy with a cleft palette. As soon as they brought her home to Baltimore, the Longs started seeking treatment for Jessica’s condition. When Jessica was just 18 months old, both of her legs were amputated below the knee, and she was fitted with her first prosthetic legs.

But Jessica and her family didn’t let a little thing like two amputated legs slow her down. She quickly learned to walk and enjoyed a happy, active childhood. “I am one of six children and my parents made sure we all remained active,” Jessica told the Siberian Times. “I have been involved in many sports including gymnastics, basketball, cheerleading, ice skating, biking, running, and rock climbing. However, I always loved swimming the most. I learned how to swim in my grandparents’ pool where my sisters and I would spend hours pretending we were mermaids.”

Apparently, Jessica’s version of a mermaid likes to swim really fast. Whenshe was just 12 years old, Jessica became the youngest competitor on the US team in the 2004 Paralympic Games in Athens, Greece, where she won her first three gold medals. Jessica went on to win a total of twelve gold medals in three Paralympic games, and she is the current world-record holder in 13 Paralympic events. Her other awards include the 2006 U.S Olympic Committee’s Paralympian of the Year, and, at the age of 15, the 2007 AAU Sullivan Award, given to the nation’s top amateur athlete. She was the first Paralympian to receive this honor, beating out such high-profile athletes as speed skater Apolo Ohno and fellow swimmer Michael Phelps, and is still the only athlete with a disability to win the award in its 82-year history.

As her fame grew, Jessica became more curious about her humble beginnings. “I love Russia, and part of me will always be a Siberian girl,” she told Bob Schaller for USA Swimming. “Eventually, I would like to go back and see the orphanage I was adopted from. Want to hear something funny? Always when I was growing up, I thought I was a Russian Princess – Anastasia was my movie.”

Finally, after a flurry of international attention for winning five gold medals in the 2012 London Paralympic Games, a Russian reporter tracked down Jessica’s biological parents in the tiny village of Tem deep in the taiga. Natalia and Oleg were now married and had three more children – a daughter, Anastasia, and twins, Dasha and Igor. They knew that their daughter had been adopted by an American couple, but they were overwhelmed at the news that she was now a world champion Paralympic swimmer.

Within a day of arriving home in Baltimore after the London games, Jessica watched a video of her biological mother, father and sister on a Rossiya- 1 talk show. The video helped confirm something she had known intuitively since her childhood.

“I never once felt adopted in my family – never once,” she said. “I just knew that I had another family that looked like me. So, when I first saw the TV show and I first saw my biological mom, it was really cool. Because I just – I look like her.”

In December of 2013, Jessica journeyed to the village of Tem in the Irkutsk region of Siberia to meet her biological parents. She couldn’t speak more than a few phrases in Russian, but she told the Daily Mail that seeing where she came from was a life-changing experience. The 21-year-old posted a picture of her biological family on Twitter with the caption: “Meet my Russian family. I love them more than words can say. My heart is so full.”

Jessica continues to swim and excel and inspire millions all over the world. She recently brought home five gold medals from the 2014 Pan Pacific Para-Swimming Championships, which wrapped up on Sunday, August 10, and she is currently training for the 2016 Paralympic games in Rio.

“I believe God has a plan for everyone,” Jessica writes on her website, JessicaLong.org. “I believe God had a plan for me to be adopted from Russia, to come to the United States and become a Paralympic swimmer. Part of His plan is for me to inspire people, whether they have a disability or not.”